Mindsets: Why they do and don’t work… 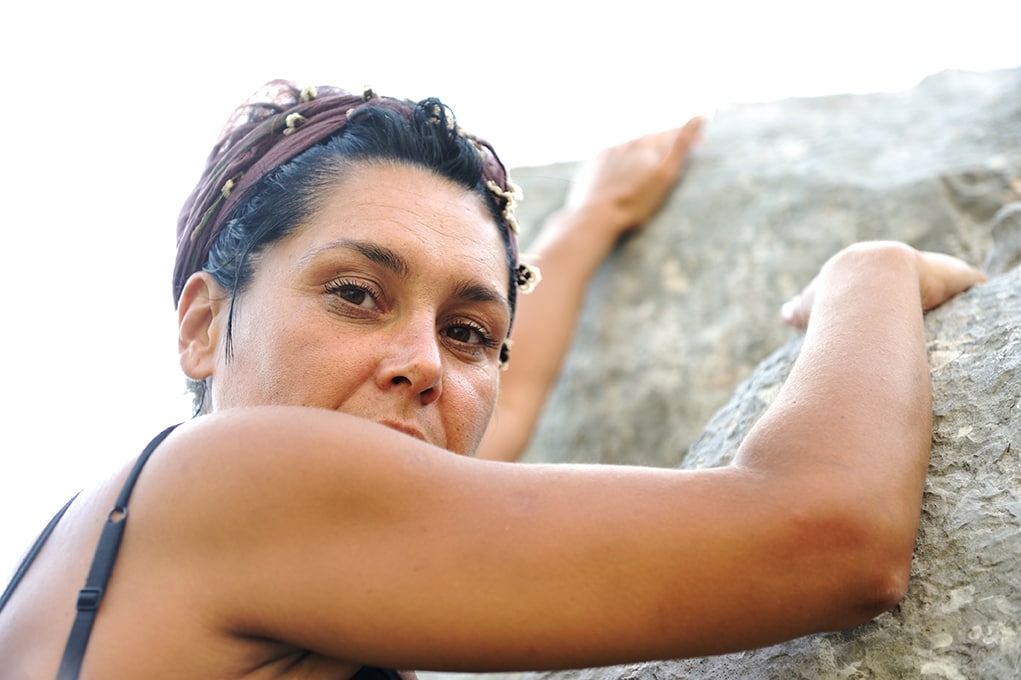 MINDSETS AND AFFIRMATION: MYTH OR FACT?

MINDSET: This is about magic, like an incantation. It is about creating incredible transformations with a word or phrase or set of thoughts. Remember “Abracadabra”? And “Open sesame!” It is about that eternal question, “How much power can thoughts and words have?”

This is of huge significance.

Background: In other words, PROOF

First, I need to set this up.

I would have never been a success with my psychotherapy fluxxlab clinic were it not for Jack Blackburn. Jack was an unusual person. When you saw him walking down the street you noticed something different. His gait. His head always up…and a spring in his step. Could have been because he was a racewalker. He was the 12th man in the world to racewalk 100 miles in under 24 hours. That tells you a little about him.

What tells you more is that the arch in his left foot gave out at 50 miles and, at around the 75-mile mark, he tore a ligament in one of his right big toe. That's called “turf toe” and it benches NFL players for up to a month. Jack continued racewalking 25 miles with turf toe. I daresay, no NFL player could have done it. Jack Blackburn had inhuman grit. But he had another ability that was even greater.

How we first met

Jack was teaching a summer course at Urbana College as an adjunct where I was a full-time professor. I was teaching a course in the same building, same time frame. We talked and became friends rapidly. We were both free-wheeling teachers…and insisted our students at lunchtime walk into town and have lunch together at a nice restaurant. The class continued past lunch hour into the 4 o'clock dismissal time several times. The beer and wine helped the discussions immensely.

I lived in Urbana, Ohio. Jack's full-time job was running the methadone clinic in Springfield, Ohio – about 17.5 miles south – and running a counseling service on the side. He loved counseling and had regular paying customers, but he truly loved helping “street people” who could only pay $5 (or less) sometimes. I think he gained that respect for them via his methadone clinic.

Jack realized addicts were people too…they had a disease. You help people with a disease, you do not scorn them. Jack never, ever, said no to a client who needed help. His wife was an alcohol counselor in a dry out program. I was teaching undergraduate teacher education and psychology. We were all in the service professions. And we all became fast friends.

I was gradually becoming fed up with higher education politics and students who, if they became teachers, I would not want them teaching my kids. I was running a small counseling service on the side in my office and out of my home…and was trying to screw up the courage to leave a secure, tenured college professorship for the wild and wooly world of private practice. Basically, this would be working without a net – no benefits, no vacations, no insurance, no holidays – and making a living with what I thought was my mouth. Through Jack's mentorship, I learned just the opposite: A good counselor makes his living with his ears.

To make things more difficult, I was a single parent of two boys, 6 and 9, and although the pay at Urbana was sad, it was a guaranteed paycheck. There are no guarantees in self-employment. You are out there scouting the stars for ore…and if you don't find any, you don't eat.

As I hemmed and hawed with a sympathetic ear from Jack, he helped me develop the courage to leave Urbana College and just step off the cliff. “You are a great counselor, a compassionate, intelligent person, you will do well!” he said. “Really?” I said. “Sure you will!” he said.

I left a secure position, took out the little bit of retirement I had saved up from 10 years of teaching, moved my boys and me into a house, an abandoned house, we rented for $50…a place that had been used by “nesters” – homeless, runaways, etc., for years. Piles of filthy clothes, trash, and mattresses on floors you did not want to touch. We cleaned, and painted and put in new plumbing and wiring ourselves and opened shop!

I had two cash-paying clients. Every week they paid me $25 in cash. At that time I knew nothing about insurance companies paying for counseling. Jack did not either. Everything he did was on a cash basis. The boys and I lived hand to mouth, but we kept going. What kept us going was Jack. It wasn't his encouragement so much. It was his surety. He had an uncanny ability to read people. He was extremely successful and sought after, as a counselor, and not because he was inexpensive. It was because he was good. Really, really GOOD, at what he did.

Did you know this?

Good counselors counsel each other. Yes, they do. If not, they usually are not good counselors. A counselor worth his or her weight is honest and knows they also have life issues to grapple with. Just like everyone else. What they do have is that knowledge and the humility to admit they need support also. They are not gods who sit on thrones and dispense wisdom. They are living examples of how to live with life…how to deal with the challenges and stressors that befall us all. Jack and I had many sessions over coffee where he listened to my issues and offered amazing insights.

But over time I began to see the “secret” to his success. It was a mindset that was unwavering. Even through the hepatitis he contracted from cleaning out the filth in the building – which turned him yellow and very sick for two months – and dealing with his divorce and what it was doing to, not only to his finances, but to his kids who he loved dearly – and occasional bouts of overindulging in alcohol. More than one night I found myself putting cold compresses on his neck as he vomited into the toilet from drinking on top of his hepatitis.

Nothing stopped him. Yes, he had endurance…but it was not because of superhuman powers. Yes, he was persistent and indefatigable, but for only one reason. It dawned on me one day as we were having coffee.

The discovery of the power

I had invited Jack out for coffee. I was having trouble with my ex-wife and my new girlfriend. Beneath it, too, was the knowledge that my bankroll was nearly gone and I saw no groundswell of money in the immediate future. We discussed a few things then he asked, “Well what is your biggest worry?” So, I told him. “And why,” he asked, “do you think you won't be able to handle it?” My response was something like, “I don't know if I can handle all of [this].”

Then the light bulb went on.

“Hey!” I exclaimed, “Is that your whole counseling strategic approach??”

Jack: “What?” [But he was already grinning.]

Me: “I tell you – the client tells you their problem – and you ask, ‘Why don't you think you can handle it?' and they answer that they are just not sure they have what it takes and you say,

Me: “Well that sorta…well, what college course in counseling taught you that? Must have been a short course. What did it take, a 60 second lecture?”

Jack: “Nah, you don't learn the hard stuff in college. You pick it up while in the chair seeing what works and what doesn't.”

And Jack interrupted me: “BUT is a big ol' but. The fact is, I saw how it work time and again…over and over I saw people who, with just a bit of encouragement could surmount incredible problems.”

Me, sarcastically: “So, I just spit out, ‘Sure you can!' and all my clients will get automatically better? Is that what you are saying?” I was definitely disappointed.

Jack, frowning: “No, that is not what I am saying. I am saying, YOU try it and then when you see that it works, you will believe it. Then you will see your cure rates jump 1000%. That is what I am saying. You see, my cure rates are the envy of counselors around here…hatred even. Jealousy.” [He wasn't bragging. It was a fact. Half his clients only had to come in once or once in a while, and they sang his praises to everyone.]

Jack: “A mindset is only as effective as it is believed in. I do not give my clients a mindset of success. I give them a vote of confidence until they believe in themselves…then they have the right mindset to succeed at whatever solutions they come up with to their problems. They have to find their own heating installation solutions in Virginia at howellsac.com/. I just help them a) KNOW they will find it, and b) KNOW it will work. They do the rest.  But, Tony, if you do not believe in it yourself, you will be a phony. When I tell people, “Sure you will!” I mean it in every fiber of my body. It's not magic. But it does have magical effects.”

The famous New Year's Resolution: Do you know how many articles come out on this topic every January? Like mushrooms, they pop up! They are all about HOW to make your resolution stick this year (because they never have taken root in the past, right?). Most think, “I am who I am and you cannot do anything about it.” They support their belief with, for example, statements like, “Bing Crosby and Frank Sinatra were born with great voices and look at how rich and famous they became!” “Shaq O'Neal was born to be over 7′ tall, lucky him!” “Elvis Presley was born with those good looks – no plastic surgery needed!”

What few realize is that “self-made” people outnumber these fortunate birth people by the thousands, if not millions. For example, just looking at wealth, a new report – published in September of 2019 – showed that of all the ultra-wealthy (defined as over 30M in net worth), only 8.5% inherited their wealth! 23.7% had a combination of inherited and self-created wealth. 67.7% were self-made multi-millionaires – 2 out of every 3!

The second reason is that no one believes that “words” or “thoughts” can be THAT powerful. They say, “Ach, words are everywhere – people are yakking all the time, the Internet has more information posted on it every hour than there are books in the Library of Congress, and all those self-help magazines and paperbacks and yet nothing changes for me!” In other words, “Words are [seen as] cheap.”

So, there you have it. Do you BELIEVE in yourself? Do you believe until you KNOW you can handle whatever comes along? If not then here is secret #3:

Knowing you have choices.

Are you on the Doctor Zest mailing list? Wanna know why you should be? So you can get notified of new posts, products, giveaways, and noteworthy information to make your life better.